I was tagged to do this by Ellyn at allonsythornraxx who is my fellow Australian, and who has continued to mention me in her posts despite me disappearing for basically a year (woops) but I am super greatful. It was originally created by the perpetual page turner so check her out too! (all bolded book [...]

I'm the sort of person who tends to read more old releases, partly because they're easier to find at the library and partly because waiting for the next part of a series is annoying. I've also found that getting caught up in the hype of a new release before you have time to see some [...]

I kind of stopped blogging for a year, and in that time I've continued to gain some followers and I've also changed a lot so I thought it was fitting for me to reintroduce myself to the bloggosphere. Who Am I?? Good question. My name's Emma, I'm 18 years old and from Sydney, Australia. I'm [...] I'm a big fantasy reader so some of these are massive books. A lot of them are in the same series, and while I debated sorting them by length I decided to organise them into these series just because there were so many. I got all of these page numbers from goodreads just based on [...] So "fall" (spring here in Australia) has already started but it lasts for most of the rest of the year. I haven't read a lot this year so I still have a bunch of books on my yearly TBR that I need to read. They're all kind of big books and I don't know how [...] Because I've been missing for a while I thought a reintroduction was in order. I was tagged for this by Ellyn @ allonsythornraxx. Also I knowwww I need to take new photos of my bookshelf to use but I don't have a good phone camera and using an actual camera means I have to find [...] I've been writing on and off for the past two years, and I have read countless articles about how to keep writing and get that book done. And I think we all fall into the trap of thinking that getting the book done as soon as possible is the aim. I feel like the reaction drummed into [...] So I've gone a month without posting again... I also realised that I haven't done a wrap up in ages (my last one was for January) and while I haven't read a lot of books, I've read a few I want to talk about. I've been in the midst of my last year of high [...]

Wow look at me!! Blogging two times in one week after being gone for so long!! No promises it will last. Today I am going to be checking in with some goals I made at the beginning of the year. A lot has changed since then because I've been in the high pressure situation of [...] 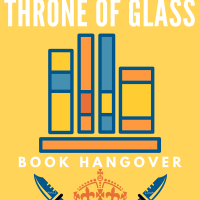 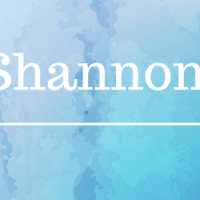