This is the first week Top Ten Tuesday is back!!

Top Ten Tuesday is hosted by The Broke and The Bookish. This week I am going to be giving 10 book recommendations for Slytherins. I am a Slytherin and I always find it really interesting to read Harry Potter recommendations.

Unfortunately there are a few typical Slytherin recommendations, e.g. Six of Crows. I am going to try to give some more unconventional recommendations. The majority of the books I’ve chosen have characters with their own goals who are ambitious and often morally grey.

If you haven’t read this series then what are you waiting for?? It’s perfect for Slytherins because everyone has their own agenda and the whole world is against our main character Yelena.

Plus Valek, the chief of security, he is totally a Slytherin. He is so good at being sneaky and always has back up plans.

Check out Poison Study by Maria V Snyder on goodreads

This is such a Slytherin book and I am totally convinced of it. Verity is amazingly clever and resourceful which are such Slytherin traits. If you have read this book…. just wow I did not see the end coming.

This book was not afraid to tackle the hard things, and it’s just so clever. Every second I was making more connections and my ideas about what was going on were twisted around so many times

Check out Code Name Verity by Elizabeth Wein on goodreads

This book is one of the ones on this list that I am less sure about. It’s an amazing book and the plot/world feels very Slytherin just because of how harsh/realistic/kind of scarily possible it is.

This book got me thinking, it made me wary of everything. I love apocalypse style novels because they really bring out the bad parts of human nature and how far people will really go when it comes down to life or death situations.

Also the main character Ruby’s voice I think is kind of Slytherin. It’s been a while since I read this book so I might be remembering it wrong but I think she was very resourceful and didn’t crumble in the face of tragedy and disaster. She was also incredibly sassy and sarcastic and didn’t put up with anything from anyone.

Check out The Rain by Virginia Bergin on goodreads

I feel like this book is kind of typical or expected for Slytherins, but I had to mention it anyway because I love this trilogy. It’s about

The only way this series could be more Slytherin is if there was no ‘right’ side but in this book there kind of is.

I love all the sneakiness in this book. all the clever plans and tight situations that the characters get out of. There is no room in this book for friendliness, it is all back stabbing all the time, and I loved it.

Check out Red Rising by Pierce Brown on goodreads.

I remember reading a blog post where Susan Dennard said that she aimed to make this a series where none of the characters was in the wrong, which sounds super slytherin to me.

This book has multiple characters all with their own aims and intentions that cross over and cut each other off and I loved reading that.

Check out Truthwitch by Susan Dennard on goodreads.

This book is one I really don’t hear talked about all that much which is super sad because I really enjoyed it. The characters make smart decisions, and as a Slytherin I pride myself on being able to make rational and well though out decisions so I like to think that this book is linked to my house. It’s about

I haven’t actually finished this trilogy, but the second book was even better than the first. The main characters knew what was going on but the rest of society refused to believe them just so that the social norms would be maintained. And us Slytherins aren’t afraid to mess with balance to reveal the truth.

Check out Replica by Jenna Black on goodreads.

This super powers in this book are really interesting and a lot of them have to do with other people and manipulating them subtly (or more obviously) into doing what you want. The best parts are

Check out Zeroes by Scott Westerfeld on goodreads.

This is such a Slytherin book, it’s kind of like Six of Crows?? In some ways at least. And everyone always recommends that book to Slytherins so I am recommending this one which features

Basically none of the characters tell each other what is really going on and there are so many secrets.

Check out The Final Empire by Brandon Sanderson on goodreads.

The main character in this book is definitely a Slytherin. She is resourceful, sarcastic, and cares about her own opinions far more than any one else’s. It includes

I actually love this story. So much is packed into this moderately sized book and really liked the story.

Check out Atlantia by Allie Condie on goodreads.

I haven’t read this book for a while but I remember loving it. There were so many great aspects

In case you haven’t noticed I associate heists with Slytherins. Probably because if they were in a tough situation the other signs are less likely to turn to a heist for money.

Check out Heist Society by Ally Carter on goodreads.

What books would you recommend to Slytherins? 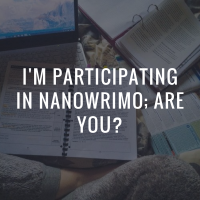 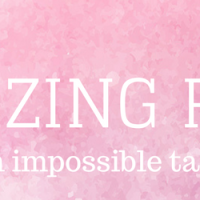