I made a bunch of goals at the beginning of the year and now that it is half way through the year (ahh that doesn’t feel real) I am going to go over them and see how I am going. Some are going so well… some are going not so well.

So my official goodreads goal is 100 books but because I doubted that would happen I choose my personal goal at 80. Over that would be great though. So I have currently read 40 books, however a few of those have been since July has started. I am on track to meet this goal, but only just.

I haven’t really been keeping track of this. After a quick check of my goodreads page I have finished:

I still haven’t decided whether I am actually going to count duologies so that means I have read either five or six books which puts me on track completely.

This might be completely unattainable. I have 24 books on my tbr shelf right now, and that is basically the same amount as I had at the beginning of the year. However in terms of books I definitely plan to read this year there are far less, only ten of them are books I am totally going to read this year whereas at the beginning of the year nearly all the books on my tbr shelf were ones I was definitely planning to read.

Honestly I think I will cut this goal altogether.

Hahahaha no this has not happened. I have read one classic this year of my own choice and that was Northanger Abbey by Jane Austen. However I have read around ten school books that are classics, and that is keeping me satisfied in terms of literary growth which is the main reason I chose this goal.

I don’t really care about this goal much anymore.

Read for half an hour before bed every day but friday

Hahahahah no. This has not happened. Well not regularly anyway. I haven’t really been reading more at home but I have had a few good days.

I really want to keep trying with this goal, because after reading for an hour every morning for the past few days I have been so surprised at the amount of books I have gotten through. If I could read for that extra 30 minutes every evening it would push me forwards massively in terms of the amount of books I will read.

So I had a timeline of what I hoped to achieve… that has been thrown out the window. I aimed to have finished my first draft of Dawn of Discovery by now, but that is something I have been aiming for ages so that is totally fine. School has been far more busy that I expected so I can see why I haven’t met this goal.

I would still like to have finished my first draft before Nanowrimo in November, even though I am not sure whether I will actually participate due to school things. I do also aim to outline a bunch of other novels this year. I don’t actually want to get into the drafting stage for anything until I am done with (or at least partly done with) editing Dawn of Discovery. But I would like to have a few novel outlines done.

So writing goals for the end of the year

I do tend to be over optimistic with these plans though so it might not happen though.

Participate in (and win) camp nanowrimo in April and July

Ummm well I have already failed April, but I tried. I got to around 25k in April from a goal of 50k. I kind of burnt out. Woops. I am aiming for minutes instead of words for July so hopefully that will go well. I think I can do it.

I also want to try to participate in nanowrimo in November, I will almost definitely not make 50k but even if I could just spend 30 minutes a day working on my novel that will be enough for me. Or maybe I could use that month to write an outline because the spirit of nanowrimo is to write something new.

Ahh yeah. Well I have done 25k… and for Dawn of Discovery I am more at the second draft stage so this goal kind of doesn’t apply. I am not going to try to stick to this any more, it just doesn’t apply to the work I am doing.

Write for an hour first thing in the morning

Yeah this hasn’t happened either. I would like to keep trying to do this, although it is a lot easier in summer when the sun is up before I have to be leaving the house because otherwise I just sleep in. But maybe I could spend the hour I have once I am at school before my classes start to write? That could be an alternate version of this. Basically I just want to spend an hour or so writing every day.

HAHAH I wish. I am trying though. Hopefully this holidays I can write a bunch of posts in preparation. I would like to have a lot of blog posts written in advance, but I tend to not do this. I just get busy with school work. But that becomes a problem once I run out of time completely like what happened in the past few weeks.

I think I have been doing this, but I also this some of my posts could be more unique. This is hard to actually judge.

So far this year I have posted 16 book reviews. I have read 40 books. A 1/3 of 40 is 13 so that puts me on track, however I am not sure whether I actually read all the books this year, some of them might have been ones I read at the end of last year.

I am still kind of surprised I am on track for this goal though, I didn’t think I had posted that many reviews.

I have smashed this goal. I currently have 234 followers so I am very happy with this.

Get more than 150 views every month

This has also been smashed. I set my blogging goals quite low because I didn’t know what I was going to be able to achieve, however I have gotten over 450 views every month so far this year. That is massive. Thank you so much.

I didn’t want to focus too much on my views and followers, which is another reason that these goals were pretty low but I have already gotten over 4000 views this year so these blogging goals are no longer relevant.

I want to focus less on how many views or followers I am getting so instead I want to propose a different goal. Get over 100 followers on twitter. I know that is an incredibly low goal, but I tend not use twitter that much. I don’t have many followers. If you’d like to follow me then you can, I am @BookishNights and I am considering changing my whole blog name to Bookish Nights… any thoughts guys?? it probably won’t happen but I am just having thoughts like that because “Reading Through the Night” is a bit of a mouthful and I have seen other blogs with similar titles out there.

I have kept on top of school work however there have been times when it hasn’t been my main priority for me. I want to keep it as my priority for the rest of the year.

Keep my room clean and have all school sheets filed away

This has been happening, apart from clothes. My room has clothes piled on random chairs and stuff. I need to just listen to music for five minutes every day while cleaning or something. I should do that.

use my planner and make to do lists

I haven’t been using my planner as much, but I have been making a lot of to do lists. I am keeping organised and finding my own ways to manage things going on in my life.

Ahah yeah. There hasn’t been much time for this, but I have been writing reviews of my class work at the end of every week which has helped consolidate my learning. The stress levels aren’t spiking too high.

spend a few hours a week learning another language

This has been completely thrown out the window. I would love to learn another language but I am horrible at actually doing it. I just don’t have the commitment and I find it really difficult. Any tips anyone?

I am going to postpone this goal for a few years, school classes are just keeping me too busy.

Ahah also nope. This is also not going so great. I am probably not going to even try with this one any more. As much as I want to get fit I have so many other priorities right now like reading and blogging and writing and school. So unless anyone has suggestions for how I can combine exercise with writing or something?? yeah this is basically cut.

These life goals were kind of a mess anyway, so meh whatever.

What goals do you have for the rest of 2017? Let me know in the comments. 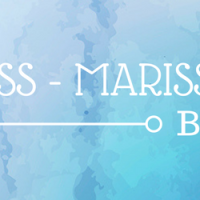