Heir of Thunder by Karissa Laurel is the first novel in the Stormbourne Chronicles. This is a fantasy novel with a touch of steampunk. This book is probably not one that I would have picked up on my own but I am glad that I did because a lot of the elements are ones I personally quite enjoy in novels and therefor have included in the novel I am working on. It was really interesting to see how Karissa did these things and I think reading this book has helped me to improve my writing.

I received a copy of this book from the author for review, this does not in any way influence my opinion of the novel 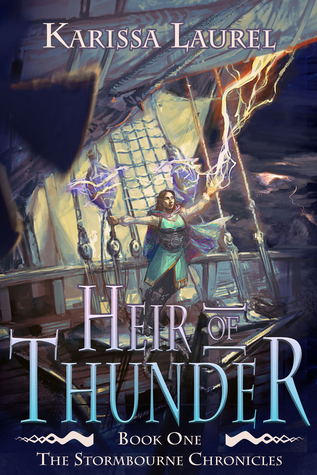 Heir of Thunder follows Evie Stormbourne, the princess of a country who has grown up in isolation from others. When the story begins Evie’s home is under attack and she has to flee. We follow Evie’s journey through various different countries where she meets an assortment of friends and faces a selection of challenges. The largest challenge for Evie is figuring out who to trust, she still doesn’t know who attacked her home or why and her attempts to find out what is going on usually end in people not giving her the full story. Evie is also in possession of some magical abilities, however her lack of knowledge about what she can do and where her abilities originate from cause some problems when she meets people who do know these things about her.

17% – I’m really quite excited to see where this one is going. So far I am slightly confused, the main character is apparently a princess but she doesn’t act like one, she acts too spoiled and recklessly with money to be poor but she has limited manners and poise.

55% – Ok… not sure how I feel about this book. There has kind of been no plot so far and the main character has made some stupid decisions. Plus the cultures in the world are so clearly linked to cultures in our world using some negative stereotypes. Additionally I though this was a past fantasy, one focused on the medieval age but now there are zeppelins?? Also the magic system makes limited sense.

I liked the plot. The pacing was kind of slow. The book felt like it could have benefited from another round of revisions to ramp up the tension and pace. A lot of time was spent on description which painted a vivid picture in my mind but kept the story from moving forward as fast as it could have. The concepts and the plot were really interesting to me, I liked how Evie met so many different people and went so many places. There were quite a few characters which got confusing at times and meant some of them felt underdeveloped. I picked up on a lot of times when the author could have shown instead of told. A lot of the story was spent in Evie’s head which made the writing style different to ones I usually read. The world building was very much inspired by our world and history which was cool but there were some representations of certain cultures that seemed problematic. The magic system wasn’t explored much but the source of Evie’s magic being people’s belief in her is such an interesting concept. Also I though the novel was set in our past with a fantasy twist but suddenly there were zeppelins… let’s say I was confused. It was a really cool combination but the world didn’t feel unique enough to be completely separate. Sorry if this seems really scattered. I have so many mixed feelings about this book because as much as I enjoyed it large parts of the plot felt unnecessary and it took me forever to get though because of all the school work I have at the moment so the pacing really slow (it might have just been my perception though).

There were a few things that I didn’t like, however these fall into two categories. Either they were things I picked up on while reading that didn’t bother me too much like:

Or they were things that actually bothered me quite a bit 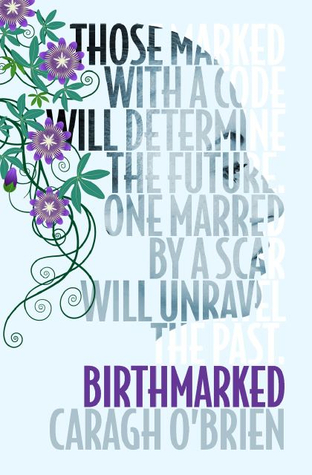 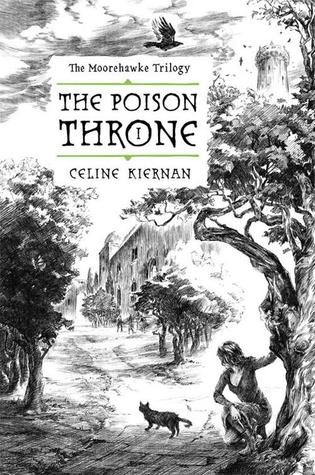 This is probably the longest review I’ve ever done… I just have a lot of thoughts and was quite conflicted as to whether I liked this book or not which is why it ended up as a three star rating for me.

I also just wanted to let you guys know that I am sorry for not posting on Thursday, I had an essay that I was struggling to finish. Also this post has been queued and I am currently away so if I don’t reply to your comments right away that’s why.

2 thoughts on “Heir of Thunder Review”